The Conditions of Experimentation: Innovation and change in multi-residential housing in Europe and Australia

Many investigations within the field of architecture are underpinned by an assumption that the emergence of technical innovation brings with it new possibilities for creative output in the field. These investigations depend on advances of new techniques which range from digitally-based media of representation, through to means of analysing and shaping cities.

This presentation will challenge this presumption of an essential link between newness and technological novelty. Instead, and via an examination of innovations in the spatial performance of new co-operative housing projects in Europe and Australia, it will look at a link between the governance, ownership and procurement structures at work in the production of these new housing projects, innovations in the multi-scalar spatial performances of housing as part of design led processes of negotiating differences amongst eccentric client groups, and the transformation in our domestic and urban subjectivities.

Such a challenge raises a series of issues: the relationship between the spatial performance of specific institutional forms within the city of modernity and the scale based, socio-political governance of the city; How to understand the iterative agency of the discipline of architecture; the conditions for the emergence of difference and the defining of newness; and the implications of reproduction and repetition as part of a process of agonism – or the productive negotiation of difference.

Such a notion of newness and the role of the spatial reasoning of the discipline of architecture forms the foundation of the new City Design programme at the Royal College of Art.

Tarsha Finney is an architectural urbanist, researcher and educator teaching and practising between the UK and Australia. Prior to her role as lead on the MA in City Design at the RCA, Tarsha was Senior Lecturer and (interim) Director of Research at the University of Technology, Sydney, and Visiting Professor in the School of Architecture at the RCA where she was Studio leader of ADS 1 (2015-2016), and where she leads the Intergenerational Cities Research Stream. Tarsha has been invited critic in schools of architecture globally, including the M.Phil Projective Cities program at the Architectural Association, in the Bartlett PhD program in 2017, and as part of the Dual graduate Innovation Design Engineering program that sits between Imperial College London and the RCA.

Tarsha’s primary research trajectory considers the socio-political spatial reasoning underpinning urbanism and the city of modernity and its relationship to the material and formal practice of the discipline of architecture. It works to clarify how, via specific diagrammatic conditions such as housing or the cultural institution for example, one might better understand architecture’s disciplinary agency, in terms of both physical change in the city and equally in terms of the transformation of our selves as urban and domestic subjects.

Her doctoral thesis titled Repetition and Transformation: the Housing Project and the City of New York 1930-1973 considered large scale complex housing interventions in the city of New York through the middle of the 20th century. It looked at how narrative histories of housing and the city have made accounts of this work; the iterative relationship between spatial reasoning and legislative and constitutional change in the United States; and the discursive function of scale operating to cluster and organise problems within urbanism’s liberal governmental reasoning. More recently, Tarsha has been involved in research examining housing, its spatial performance and diversity, and demographic change in the cities of Sydney, Hong Kong and London; the role of governance and ownership structures in the constitution and spatial performance of ‘place’ in cities. She is currently co-editing a special edition of the Journal of Architecture title Architectural Type and the Discourse of urbanism. 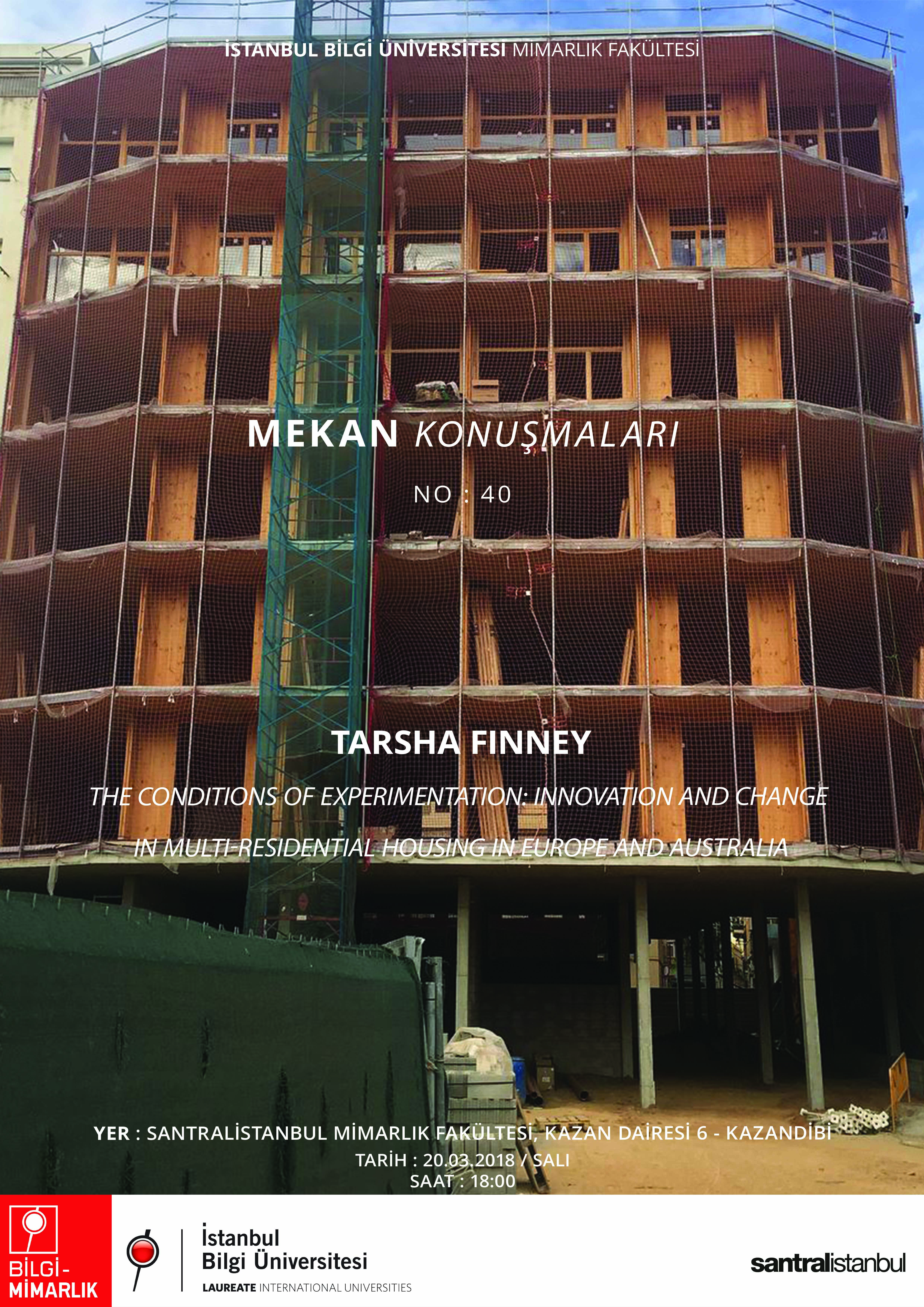